Purpose: Traditional trans-scleral cyclophotocoagulation (TSCPC) achieves its cyclodestructive action by using continuous diode laser. More recently, a micropulse delivery mode of diode laser (micropulse TSCPC, mTSCPC) has been used to selectively target the ciliary processes, with less collateral damage. The purpose of this study is to evaluate the intermediate-term efficacy and safety of this new mTSCPC technique in glaucomatous patients.

Methods: Fifty-two eyes of 52 adult patients with uncontrolled glaucoma despite maximal tolerated medical treatment, and/or poor candidates for filtering surgery, were recruited at the Department of Ophthalmology of the University of Montreal Hospital Centre (CHUM). Participants received a 360-degree mTSCPC diode laser treatment (2000mW, 31.33% duty cycle), with duration adjusted to iris pigmentation and glaucoma severity (160-320s). They were followed for 18 months to assess intraocular pressure (IOP), number of medications, corrected distance visual acuity (CDVA), glaucoma progression based on Humphrey Sita 24-2 perimetry and Cirrus HD-OCT, and complications. This study was conducted in compliance with the Declaration of Helsinki and approved by the CHUM Research Ethics Committee.

Results: The primary outcome measure of success was an IOP 6-21mmHg at 18 months, and at least 25% IOP reduction, all without significant glaucoma progression or need for incisional surgery. The primary success rate was 59.6%. Mean IOP was reduced by 35.6% at 18 months (23.6±6.5mmHg at baseline; 15.2±4.1mmHg at 18 months, p<0.001). Kaplan-Meier survival analysis shows that significant IOP reduction was achieved in the first 90 days of follow-up for 78% of responding eyes. mTSCPC did not significantly reduce the number of glaucoma medications (p=0.075). No significant changes in median CDVA were observed (0.38 LogMAR preoperatively; 0.40 LogMAR at 18 months, p=0.712). No ocular complications were noted in 84.6%. Incisional surgery was required in 25% of eyes due to glaucoma progression.

Conclusions: mTSCPC is a good therapeutic option for moderate IOP reduction, while being safe and predictable. This prospective study confirms the longevity of the IOP-lowering effect up to 18 months and low rate of late complications. The success rates were consistent with prior studies. The improved side effect profile makes mTSCPC a treatment to be considered earlier in the management of glaucoma. The exact biological effects of mTSCPC on the ciliary body remain to be evaluated histologically. 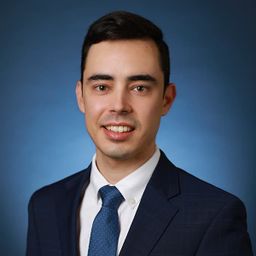